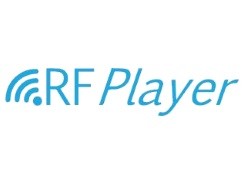 The RFPlayer interface is bidirectional and simultaneously transmits and receives radio frequencies of 433 and 868Mhz. The RFPlayer connects via USB to the main home automation boxes on the market and increases its ability to interact with the environment. It has the most sophisticated mechanisms to maximize its performance:
- OSD (single stage decoder)
- LBT (listen before speaking)
- High immunity to interference from SAW filters (surface acoustic waves)

The RFPlayer has other resources to handle protocols that are unknown to it:
- RFPlayer knows how to cooperate with the open source community thanks to its RFLINK-compliant interface. RF Player records unknown radio frames and provides them to RFLINK software for analysis in the home automation box. Conversely, RFPlayer can transmit radio frames invented by RFLINK software.
- RFPlayer has an amazing companion: PARROTE!

Jam'Alert function
95% of home automation boxes or wireless alarm systems in Europe operate in the 433 or 868Mhz frequency bands. These frequency bands can be interfered with by "Jammers" that render your facility inoperative.

The JAM'ALERT function detects interference attempts from your installation in all protocols operating in the 433 and 868Mhz frequency bands (Z-wave, Enocean, X10, X2D, RTS, all proprietary protocols, etc.). The RFPlayer configurator allows you to define an alert threshold that will be used by your home automation system * to notify an interference attempt.

This functionality is an excellent complement to existing surveillance, alarm or home automation systems that are not equipped with interference detection. It is available from firmware version 1.25 and configuration software version 1.6.

PARROT function
If you teach it, PARROT can store 433 and 868Mhz radio frames with great precision. You just have to listen to them. His understanding of frames is "phonetic."

Later, you will be able to:
- Recognize them in real time if they appear in the air, which is very useful information for a home automation BOX,
- Re-transmit them when the home automation box wants it at the right time.

PARROT adapts to the unknown.

Repeat function
Home automation transmissions are subject to range problems. This is due to :
- A phenomenon called "fading" that can occur even in relative proximity between the sender and receiver of the signal,
- The intrinsic weakening of the signal with distance.

The RFPlayer connects to a 220V-USB power supply in standalone mode to provide repeater function, which will reamplify the signal dramatically reducing the likelihood of fading. Thus, the range is considerably increased and radio frequency exchanges are made more reliably.

Repetition is smart:
- Frames are recognized and reconfigured,
- RFPlayer waits for the best moment to retransmit the signal in order to avoid radio frequency collisions.

PARROT can contribute to this repetition, which is the least you could ask for from a parrot!

Transcoding function
The TRANSCODER function allows the repeater to convert frames from one protocol to another on the fly, including those stored by PARROT.

An alarm becomes able to take into account information that was previously inaccessible ... Everyone wins in connectivity.

Jam'Alert function to detect interference attempts in the 433 and 868Mhz frequency bands
PARROT function to learn and relay radio frames
Repeater function to increase the radio range of your devices
Transcoding function to convert a received frame to another protocol
Compatible with many home automation programs and boxes
LBT technology "LISTEN BEFORE YOU SPEAK" prevents collisions caused by several simultaneous communications on the same frequency.
High immunity to interference by the "SAW surface acoustic wave filter"
Made in Europe

17 other products in the same category: