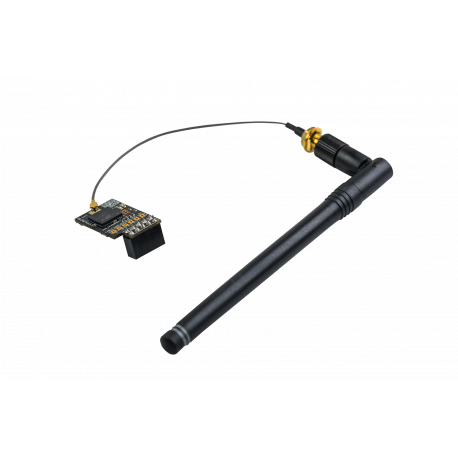 Do you want to get the most out of your Z-Wave network? RaZberry 7 Pro with an external antenna is the best Z-Wave transceiver. The long range of the radio makes it possible to cover large houses.

There are no additional or monthly fees as the RaZberry price includes all required licenses.

The Z-Wave.Me Razberry 7 Pro guarantees a extended transmission range due:

Please note: The package includes only the Z-Wave plug-in module and the Z-Way software. The Raspberry Pi is NOT included.

Delivered with the best in class Z-Wave controller software

Based on the latest Z-Wave chip by Silicon Labs

On the front edge of the Z-Wave technology!

On top of the standard Silicon Labs Z-Wave Serial API

7 other products in the same category: