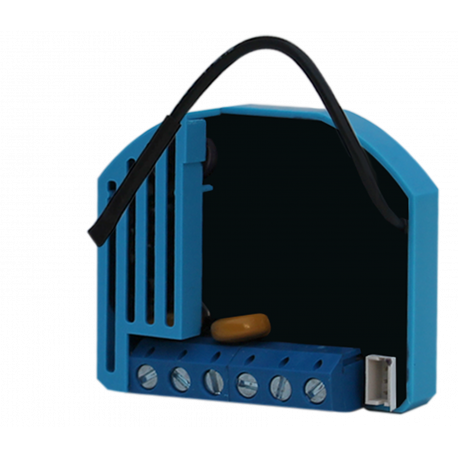 Qubino Flush dimmer micromodule to regulate and turn on / off devices, with Z-Wave Plus technology. This Z-Wave micromodule is a device used to regulate ("dim"), turn on or off (On / Off) electrical devices such as lights, fan speed, etc ...

What is it for?

The Qubino Flush Dimmer is ideal for domotic or remote control to regulate the intensity of the lights or control the speed of rotation of the fans.

The Z-Wave dimmer Qubino Flush Dimmer is a micromodule that occupies less space than any other module with which it is compared to any other competitor and will fit easily into any conventional mechanism box.

The dimmer Z-Wave Qubino Flush Dimmer , makes measurement of electrical consumption of the connected electrical device and of itself, when it is in "standby" only consumes 0.7 W.

The Qubino Flush Dimmer , can operate through an extensive range of temperatures from cold -10ÚC to suffocating 40ÚC (14Ú 104ÚF). It supports the connection of a digital temperature sensor, which is also useful for creating complex scenarios. Each module also acts as a repeater in order to improve the range and stability of the Z-Wave network.

The extremely small size and a specially designed housing mean that the connection of the module inside a recessed mounting box is simple. The installation process, tested and approved by professional electricians , consists of only three simple steps:

Demonstration video of the easy installation of Qubino Flush Dimmer

The most proven and reliable Z-Wave modules

Qubino's Z-Wave modules are install-and-forget products. The Qubino products that we offer, are manufactured to last, so they only use electronic components that meet the most demanding levels of quality. Our modules are also the most tested Z-Wave micromodules on the market. The Slovenian Institute of Quality and Measurement (SIQ), an independent European entity, checks the quality of the actual parameters of our products, including temperature increases, manufacturing, insulation resistance, electrical consumption and overloads according to European standards of the highest quality according to the specification of standard EN 60669-2-1.

The Qubino Flush Dimmer micromodule   It has 23 additional parameters for its use by experts. Some of the most useful are:

The micromodule can be controlled either through a Z-Wave network or through a wall switch. This module has been designed to be mounted inside a mechanism box and hidden behind a conventional wall switch.

We highlight as an advantage with respect to other regulators, that the Qubino Flush Dimmer micromodule is able to control the electrical consumption of the connected load (lighting, fan ...). It also has a connector to which you can connect a temperature probe (optional, not included) to provide greater versatility to this module, which apart from the lighting control, offers control of electricity consumption and temperature information of the stay in the one that has been installed.

The first Z-Wave controller micromodule in the world with MOSFET technology that also supports:

Independent tests guarantee its safety in terms of temperature increase, manufacturing requirements, resistance of insulating materials, electrical overloads, according to European standard standards EN 60669-2-1. It is the smallest Z-Wave dimmer that exists in the world (August 2015). The design of its encapsulation ensures a very simplified installation in terms of ease of wiring, inside a mechanism box.

Demonstration video of the regulation of LED bulbs and Low Consumption bulbs (CFL).

TESTED AND TESTED BY PROFESSIONAL ELECTRICIANS 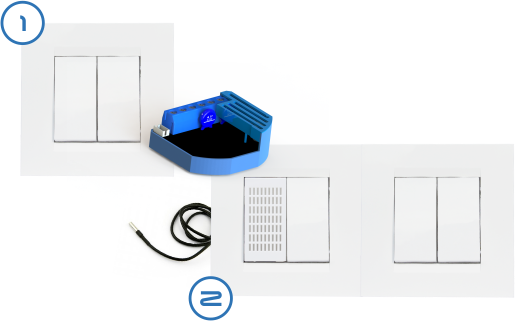 Qubino dimmers have the following advantages over other similar devices: 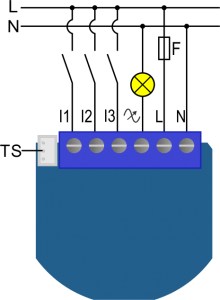